Motonewstoday.com
Home Motorcycle The first performance SUV to take the world by storm! 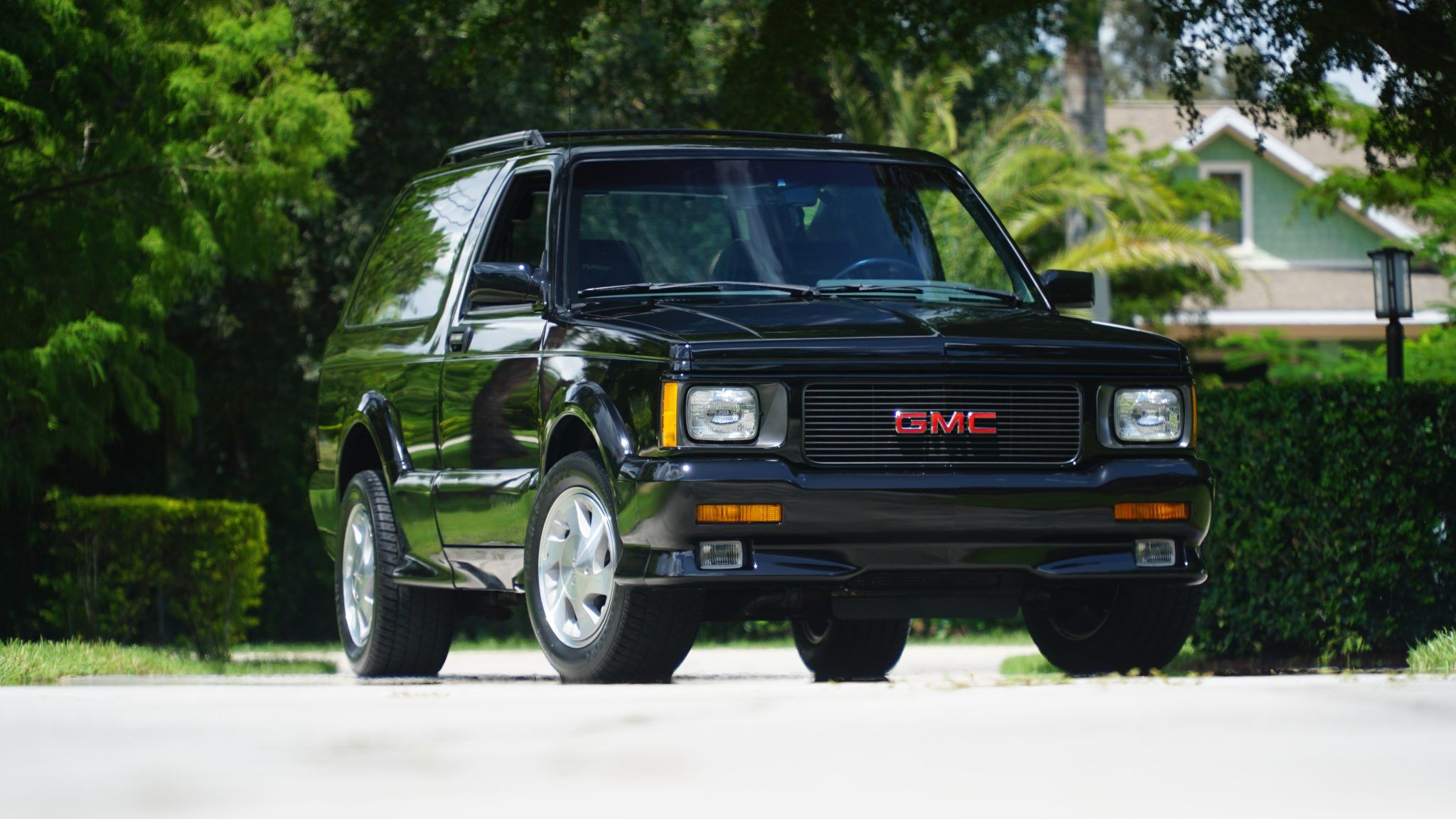 Have you ever wondered which vehicle started the performance SUV segment? It was a GMC Typhoon!

What exactly was the GMC Typhoon?

The Typhoon was based on the GMC Jimmy; so it doesn’t look like much from the outside. However, if you take a closer look, you can see some key differences from other SUVs. First, the Typhoon rode lower than most SUVs of the time. It had only two doors, some sportier wheels and blacked-out body panels. To achieve more performance, GMC fitted the Jimmy with a turbocharger. The available engine was a 4.3-liter V-6 that was once mated to a turbo, producing 280 horsepower and 320 lb-ft of torque. This is not much by today’s standards; however, compared to other SUVs of the early 90s, the Typhoon was much faster. You also have to keep in mind that American manufacturers didn’t do turbos at the time. This was most common on Japanese cars and definitely not an American-made small SUV.

The 4.3-liter turbocharged V-6 that powers the GMC Typhoon

To ensure the engine could handle the extra power, GMC used parts from its 5.3-liter V-8 to beef up the V-6. Opening the hood you’ll quickly notice that the engine says Syclone. That’s because it was first used in GMC’s performance pickup trucks that came out in 1991. This pickup was called the Syclone and was only produced for one year. When it comes to performance, the Syclone was faster due to the lighter weight; however, with 0-60 in the sub-five-second mark, the Typhoon was also truly impressive. Fun fact: A car and driver drag race between a Syclone and a Ferrari 348, and Cyclone won.

On the subject: The evolution of performance SUVs

The Typhoon had an all-wheel drive system

then, most SUVs had four-wheel drive because they were intended for off-road driving. However, since the Typhoon was not intended for off-road use, GMC engineers decided to give it four-wheel drive. This system was the same as in c Chevy Astro and GMC Safari minivans. The transmission on the Typhoon can also be considered futuristic, as most SUVs these days are all-wheel drive for the same reason. They are not designed for off-road riding and are mainly focused on on-road riding. As you can imagine, the 90s SUV with a solid rear axle with leaf springs never handled; however, GMC engineers did the best they could with what they had.

On the subject: How the GMC Syclone Paved the Way for Performance Trucks

Step inside the Typhoon and you’re greeted with a crazy ’90s GMC interior. Most of it is made of plastic and you see squares everywhere. Funnily enough, the only badge to remind passengers that they’re inside a high-performance limited edition of this car can be found on the glove box. Not so with the new vehicles, which seem to remind you that it’s a performance version by embossing or patching the name just about anywhere. In the back, you’ll find a leather seat that can accommodate just two people. So the Typhoon was a four-seater SUV. Of course, this being a vehicle from the 90s, it also had rear ashtrays.

On the subject: 10 fastest SUVs in the world

Shot of the GMC Typhoon in an urban home environment

As you might imagine, the GMC Typhoon’s performance isn’t particularly impressive by today’s standards. It’s relatively quick and performs a bit better than the rest of GMC’s products of the era. However, it still has a lot of body roll, the steering isn’t very precise, and the transmission really lets the engine down. The GMC automatic found in this car was only a four-speed; so he can’t do much when you’re his sex. However, for the time being it was much faster than most SUVs on the road. Plus, there was no denying how insanely cool it looked – especially in black.

Can the UK car industry survive without an extensive domestic battery manufacturing base?