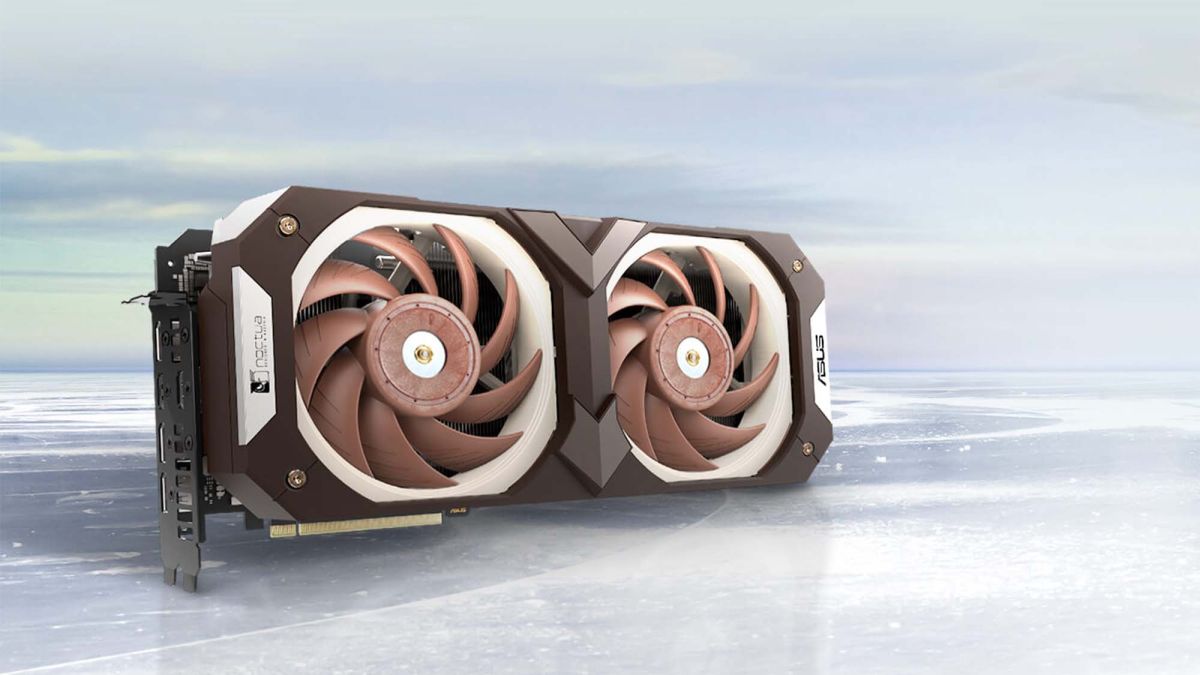 Noctua, known for its ultra-quiet GPU and CPU cooling fanswill add them to the new Asus GeForce RTX 3080 Noctua Edition graphics card, which promises to be the “quietest card” in its class.

92-mm fans, commonly found on the standard RTX 3080, have been disabled for two 120-mm NF-A12x25 fans. This new model appeared after the success of last year’s model, the Asus GeForce RTX 3070 Noctua Edition.

Noctua has partnered with Asus to create the new RTX 3080 Noctua Edition by increasing the size of the video card heatsink. The company also included tests to show how much the RTX 3080 outperforms the Asus TUF in both temperature and noise levels.

Although the Asus GeForce RTX 3080 Noctua is scheduled for release next month, pricing information has not yet been released.

Analysis: Disadvantages of a quiet fan

Although these fans are quite efficient in their operation, it requires a bit of tweaking to maximize your potential. For example, you need a good capacious PC case with a reliable air flow, as well as other additional components that balance the cooler.

Also GPU and CPU are equipped with silent coolers cannot be overclocked, otherwise there is a high probability of thermal throttling. You can add another big 120mm fan to prevent this, but depending on your PC settings it may override the silent GPU / CPU feature.