Motonewstoday.com
Home Racing News The Supercars team is building a new competitor to the Ford Baja... 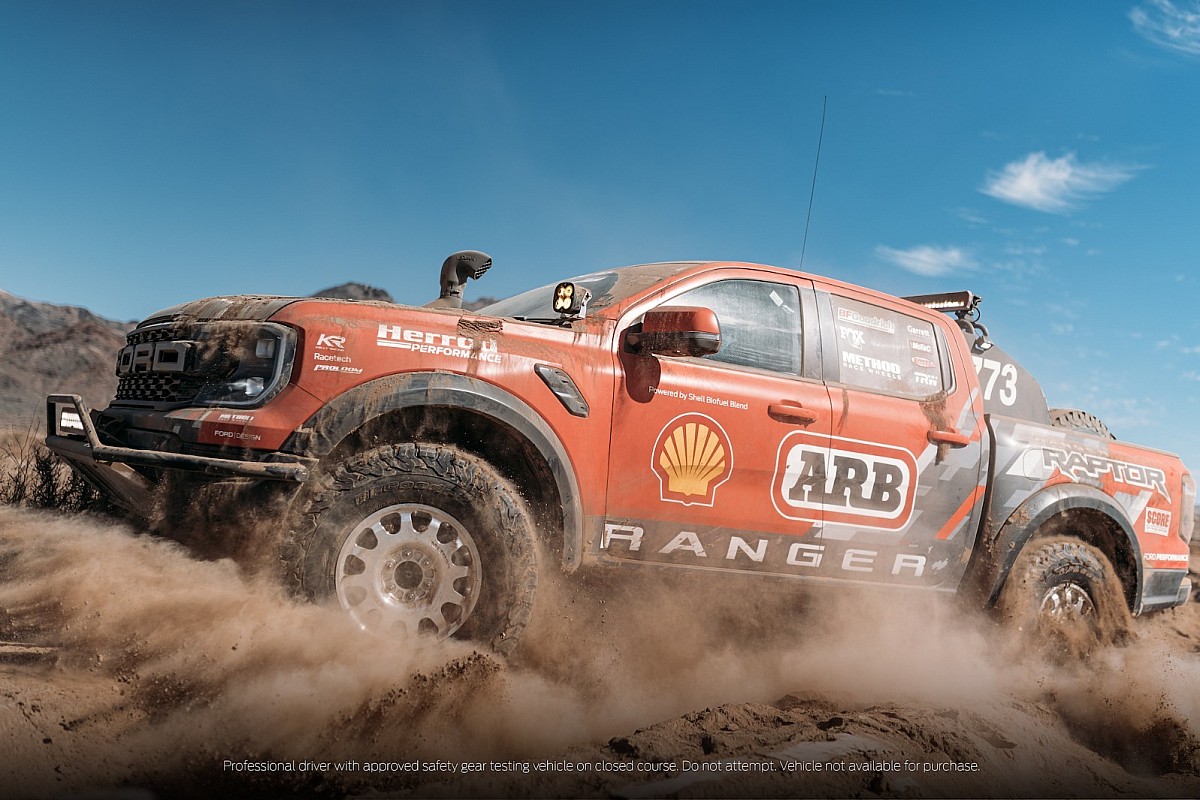 Ford announced today that the next-generation Ranger Raptor will compete in the standard class at this year’s Baja 1000.

The race-ready Ranger was developed as a joint venture between Ford Performance and former Supercars outfit Kelly Racing in Australia.

The team then handed its Supercars program to Grove Racing ahead of the 2022 season.

After an assembly program in Australia, the Baja Ranger has since been shipped to the US for final development and testing.

Lovell Racing, run by Off-Road Hall of Famer Brad Lovell, is set to field a car for the Baja 1000.

“By participating in this event, we’re building on hundreds of thousands of miles of development testing and pushing the Ranger Raptor to new extremes,” said Brian Novak, Ford Performance off-road motorsports supervisor.

“The Baja 1000 is a demanding event and a well-known proving ground for off-roaders. We are very excited to compete in this extreme competition with the Ranger Raptor.”

For its debut, the Baja 1000 Ranger will run on Shell’s low-carbon biofuel.

“Demonstrating low-carbon fuels in performance settings like the Baja 1000 can help accelerate the spread of biofuels and other clean energy technologies and make them more affordable and accessible to all,” said Cynthia Williams, global director of sustainability and compliance. and Homologation at Ford.

The Ford Ranger won’t be the only Baja 1000 entry with references to Australia, with Toby Price and Paul Will are hoping for an outright win in the Trophy Truck race under the Australian flag.

Hello Ross! But should NASCAR ban Chastain’s last-corner wild move in the future?