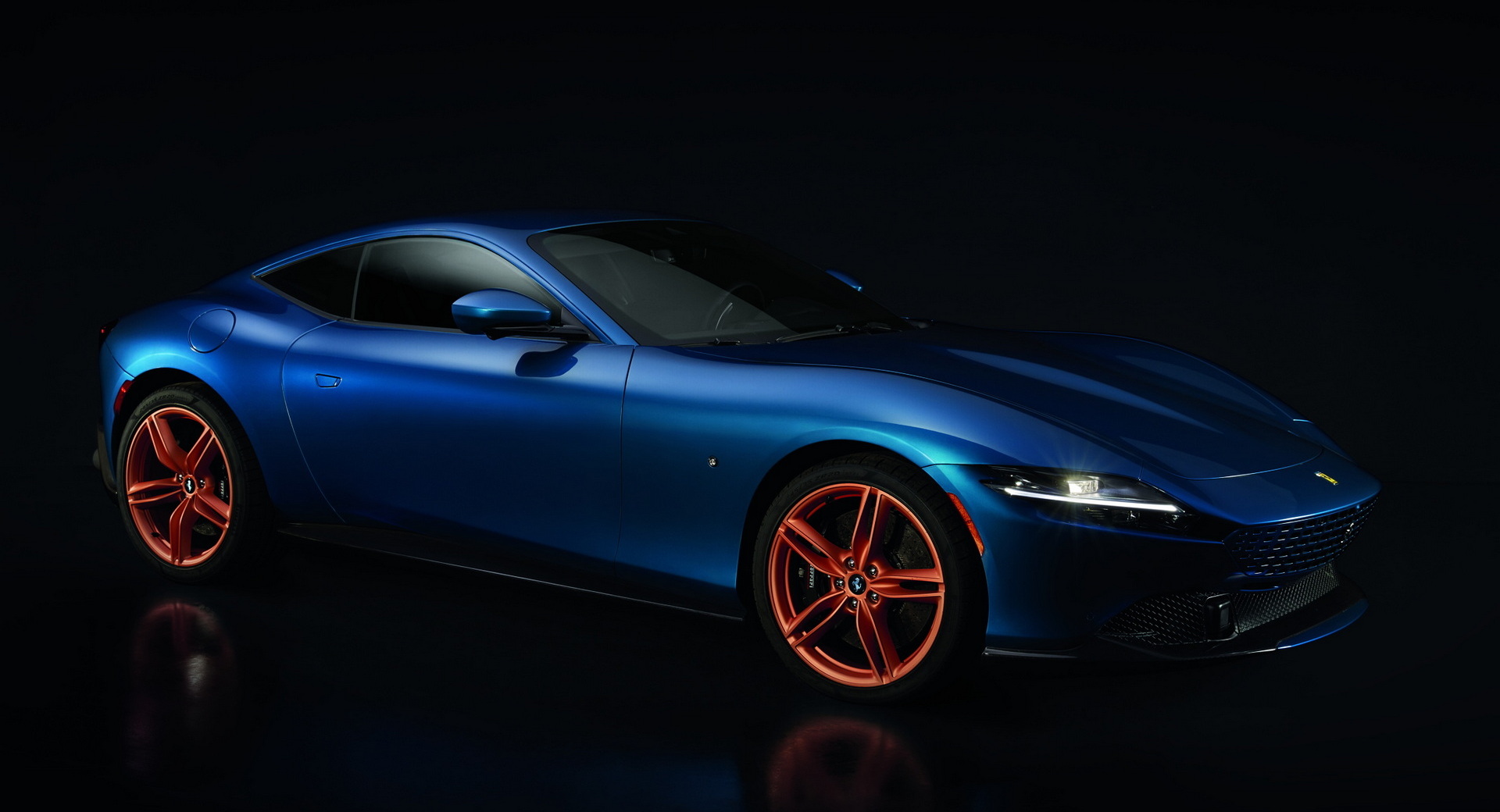 Ferrari has created a new Tailor Made Roma that honors the history of crafts from both Italy and, to a greater extent, Japan. The car, which draws its inspiration from the exquisite details of traditional Japanese manufacturing techniques, is a very special edition.

FerrariThe “S Tailor Made” setup program worked with Evan Orensten and Josh Rubin, founders Cool hunt, an independent publication based in the United States to create the latest special edition of Gypsies. The couple has just returned from several research trips to Japan, during which they immersed themselves in the nation’s tradition.

Together they decided to paint the car blue, inspired by traditional indigo production. The dye actually comes from a green plant that is harvested and fermented to become a sukumo, which is then mixed with alkali, sake and lime powder. As a result of such processing it possesses natural antibacterial properties. To honor this skill and care, Ferrari mixed a brand new shade called Indigo Metal for the exterior of this car.

The blue theme continues inside, with special inserts built into the seat. Made from a material known as Sakiori, it is not just unique, it is recycled. Fabric dates back to the 1700s, when cotton and silk were very expensive. To save money, worn kimonos were disassembled and woven from new fibers to create a warm, comfortable, new fabric, the name of which comes from Japanese words denoting the act of tearing (saku) and the act of weaving (oru).

To do this Ferrari Roma, the fabric was made from two vintage kimonos made in Ami-Oshima and dyed indigo over 45 and 75 years ago respectively. The fibers of these kimonos were mixed with cotton and silk, as is traditional, as well as with high-strength nylon to make the material last in the gypsy.

The headliner is also blue, but it includes a completely different traditional field of Japanese art. The lining was made of two indigo dyed skins by the Roektsu method, which dates back to the eighth century. The method of dyeing with wax forms intricate repeating patterns around a single color that has traditionally been used to decorate silk or cotton kimonos and obis. They were then sent to Italy, where they were woven by hand using handicrafts intreccio method of forming a dazzling headliner. 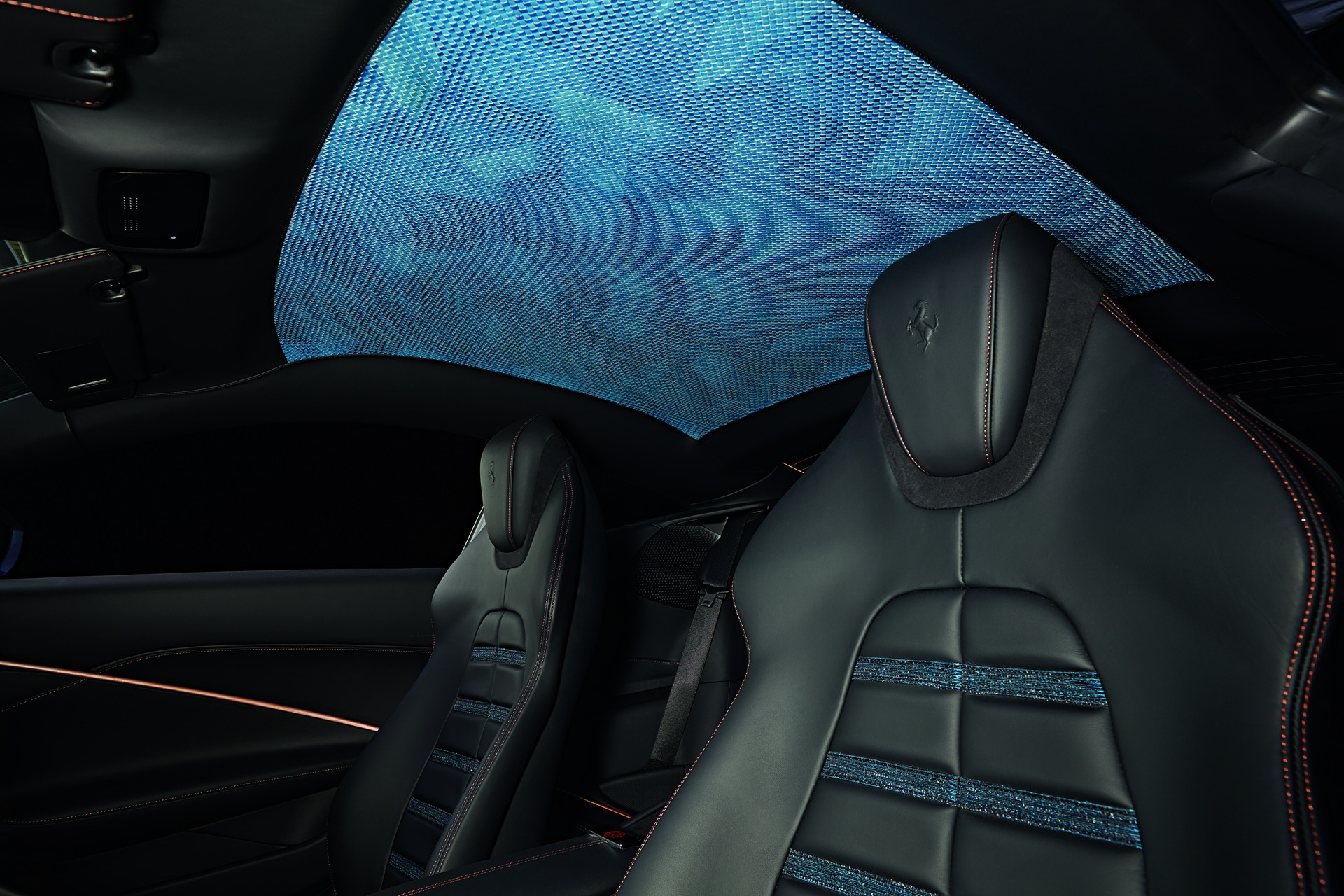 The switch damper and lever meanwhile were crammed with copper in Japan, while the wheels and several other accents are done in the same color. The color choice was inspired by Cool Hunters ’trip to Kaikado, a family-owned company from Kyoto that produces copper tea canisters. They are made so precisely that when the lid falls on the canister, it forms an airtight seal.

At the same time, the door handles are made of black leather strips by hand as a sign of respect for the traditional wrapping techniques used on katana swords. The dedication plate on the center armrest is a custom-made “comon”. The traditional symbol is a wheel from a cart drawn by oxen, the most popular species of aristocrats in the Heian period (794-1185).

The special Roma is designed to showcase all the unique touches that can be added to modern Ferrari using the Tailor-Made program. It will be on display at the Ferrari Tailor Made during New York Design Week, to be held May 10-20.