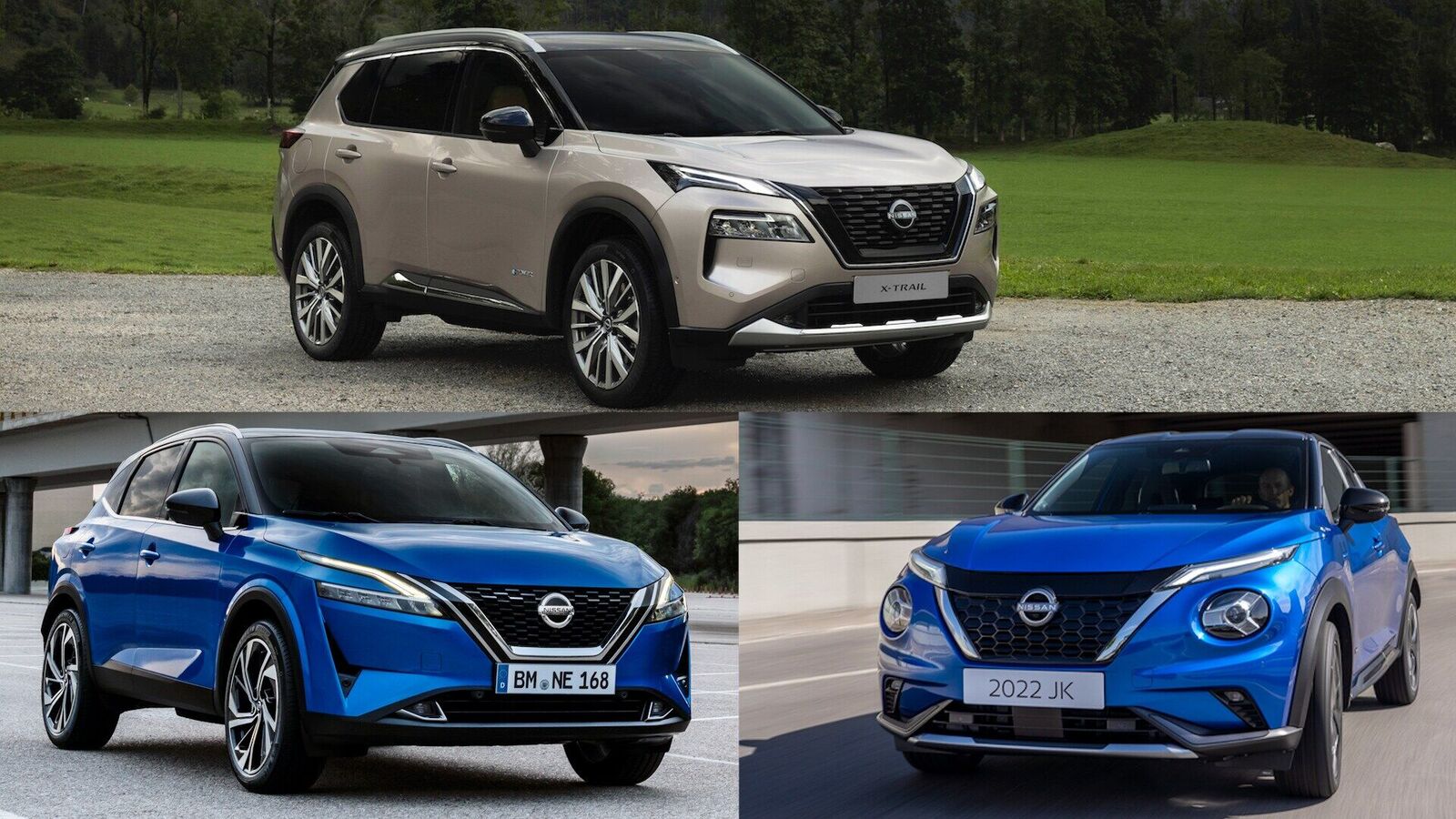 Nissan Motor is gearing up for increased competition in the SUV segments in India. The three SUVs, one of which will return to India, will move from the compact segment to the mid-size segment at launch.

Nissan Motor is promising to step up its SUV game in India following the success of the Magnite subcompact SUV. On Tuesday, October 18, the Japanese automaker unveiled three global models for the Indian market. Among them is the new-generation X-Trail SUV, which will return to India after eight years. The other two are the Qashqai and Juke SUVs. The automaker is yet to decide on the launch schedule for these SUVs as they continue to undergo feasibility tests on Indian roads.

Nissan Motor said that of the three models revealed today, road tests are underway for the X-Trail and Qashqai SUVs. The Juke, smaller in size compared to the other two, can compete with the Creta and Celtas when launched in India. The X-Trail will compete with such premium SUVs TucsonThe C5 Aircross while the Qashqai could aim for popularity Lun and others.

Nissan said the cars will be tested by the carmaker’s top engineers near its manufacturing facility in Chennai from this month. Frank Torres, President, Nissan India said, “The Indian market has limitless potential and it is imperative that we deliver the best lineup of vehicles to meet the demands and needs of today’s Indian consumers. Following the success of Nissan Magnet in India, we plan to strengthen our focus and leverage our expertise on premium SUVs that have become synonymous with our reputation.”

Nissan has confirmed that the X-Trail will be the first of the three models to go on sale in India following the completion of feasibility studies. Recently, at the Shanghai Auto Show, Nissan presented the new generation X-Trail SUV for global markets. The SUV was recently spotted testing on Indian roads, hinting at its imminent launch.

In its fourth generation, the X-Trail SUV is based on the Alliance CMF-C platform. It is equipped with the ePOWER brand drive system, which includes a high-capacity battery and a transmission integrated with a variable compression ratio gasoline engine, generator, inverter and a 150 kW front electric motor. Under the hood, there’s a choice between a 1.2-liter gasoline engine and a 1.5-liter variable-compression turbo gasoline engine with 204 hp.

The fourth-generation X-Trail also offers 12V mild hybrid technology. This helps the SUV recover energy when decelerating through regeneration and is stored in the battery. It also increases torque by around 6Nm.