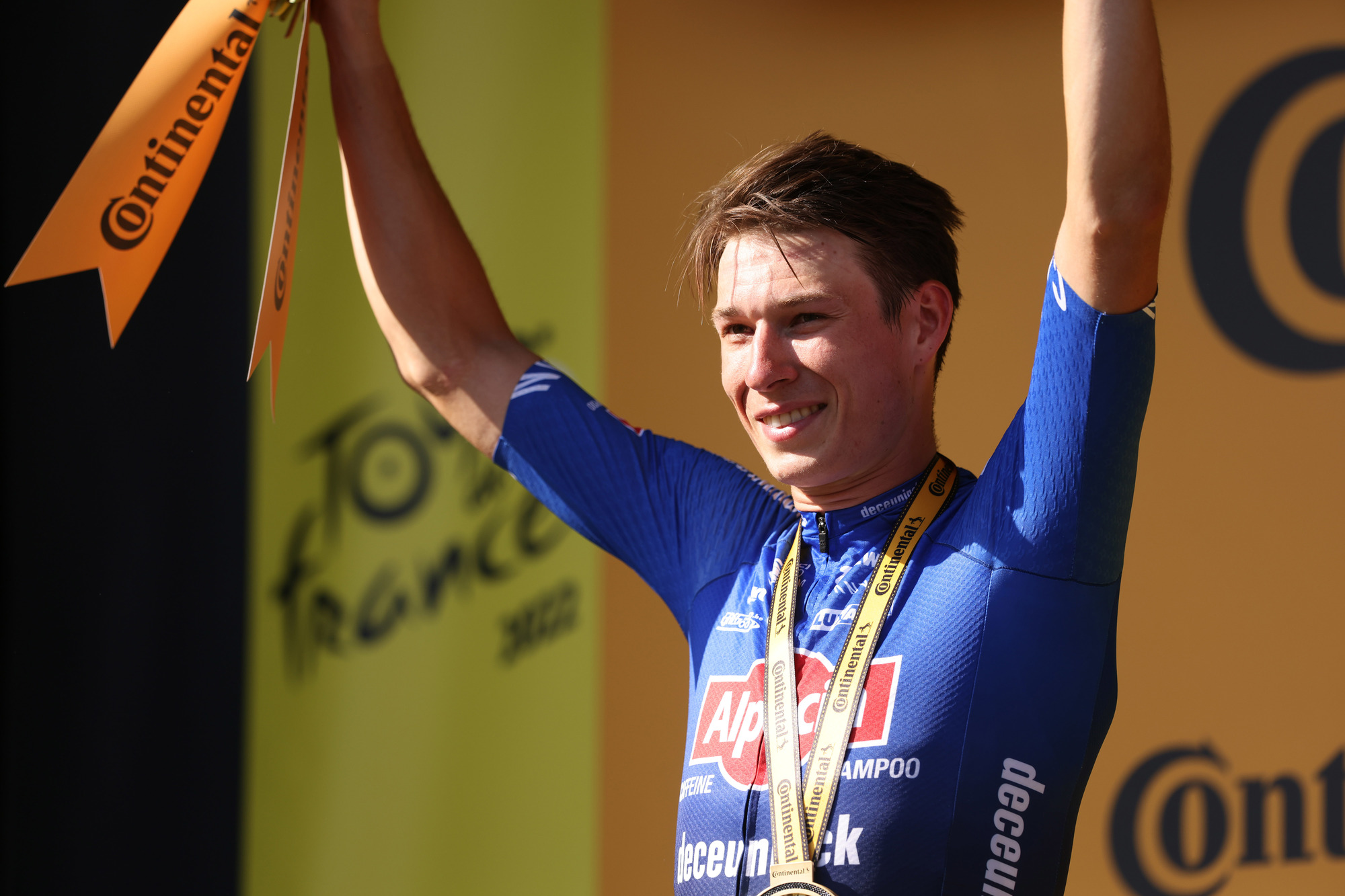 Jonas Wingegaard retained the leader’s yellow jersey in the Tour de France on Sunday, but only after suffering a crash and losing two key Jumbo-Visma teammates to injury, weakening his defense in a tense title battle with reigning champion Thaddeus Pogakar . The stage itself, which took place in a terrible 100-degree heat, was won by the Belgian Jasper Philipsen, who was ahead of Wout van Aert and Mads Pedersen in a mass sprint. The sprinters caught up with France’s Benjamin Thomas around 250 meters from the line on the stage from Rodez to the citadel of Carcassonne as the home nation’s winless streak stretches to 35 stages. Philipsen thought he had won the fourth stage in Calais, not realizing that another rider had crossed the line much earlier.

“I have better memories than Cal,” he smiled.

“It also helped that Mark Cavendish isn’t here this year,” he said, referring to the star British sprinter.

In the battle for the overall lead, Wingegaard has seen his team reduced to six riders, leaving him level with teammates Pogacar for six stages, three of which are Pyrenean mountain slogs. Wingegaard, who fell around 30 miles from the finish, still leads the Pogacar by 2:22, with 2018 champion Geraint Thomas in third, a further 21 seconds behind.

The slightly built Dane, however, may have lost two of his strongest assistants as three-time Vuelta winner Primož Roglic was announced as a non-starter, which was bad enough. But when Steven Kruijswijk fell just after environmental campaigners staged a second protest at this year’s race, Pogacar’s team was delighted.

“It’s never nice to see someone go down,” Pogakar said.

“But if I hadn’t lost my two teammates, things would have been different. Now we go into the final week in a tie.”

Wingegaard admitted it was a bad day for Jumbo.

“These are two very important teammates, two very strong riders. It’s a pretty bad day for us. We will continue to fight until Paris,” he said.

While he described his injuries as nothing serious, the fact that he fell carelessly and then threw his bike down shows a chink in his armor.

“I’m fine. I have road rash on my left side after I went down, I’m a bit sore but that’s after a bad accident.’

With temperatures above 100 degrees, the peloton was at a slow pace and many opted not to train on Monday’s day off.

“It was very hot, over 100 degrees. I am so excited for tomorrow’s day off,” Pagakar said.

With 40 miles to go, two escapees just ahead of the peloton suddenly slowed as protesters blocked the road. The next pack had to slow down and many caught cold in such heat. Two of the protesters were shackled by the neck; the other two emitted pink glares. Another had “984 days left” written on his shirt. The same group also briefly stopped the Tour in the Alps on stage 10. 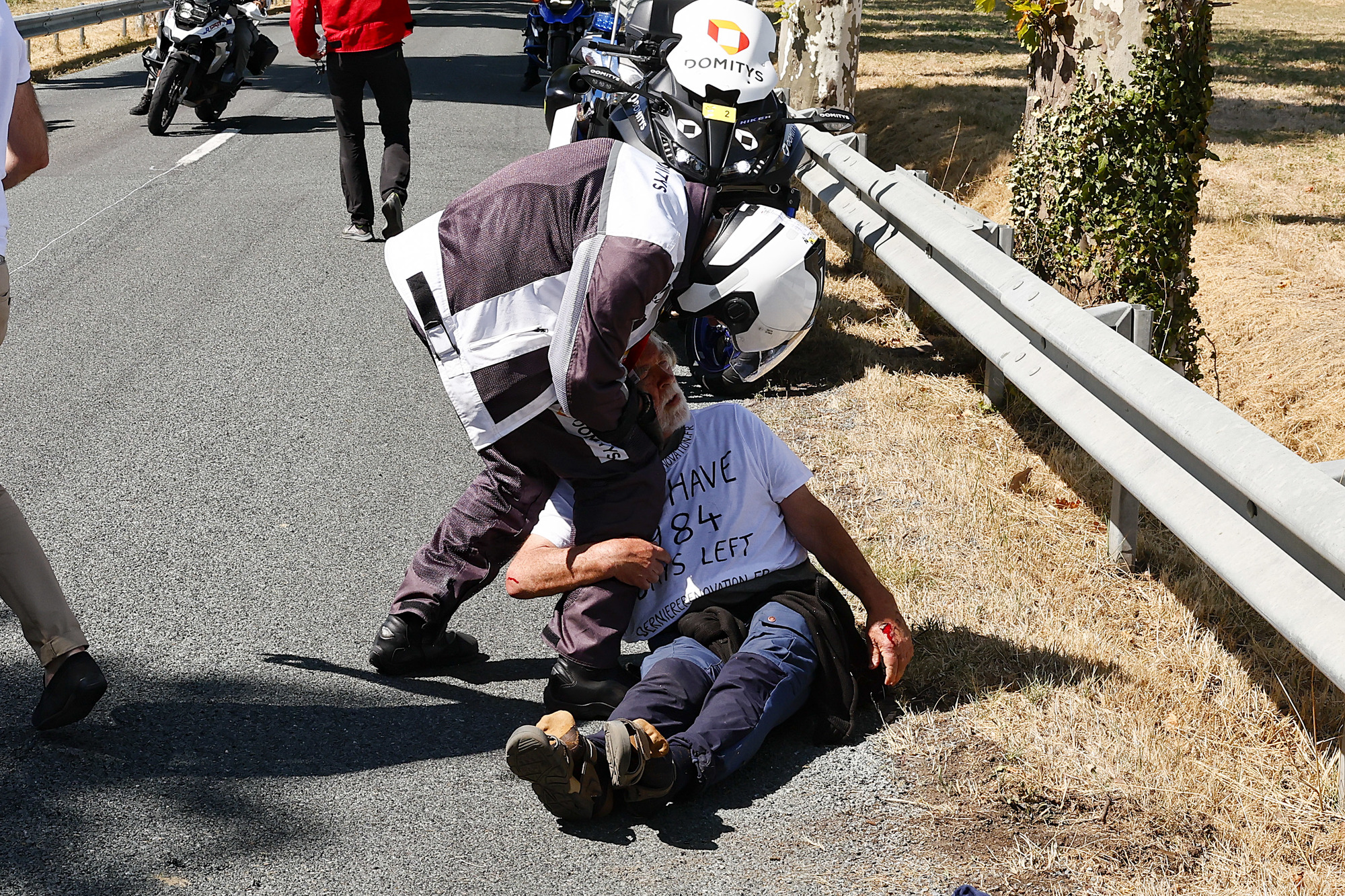 How sellers of heavy goods can survive inflation

Mercedes-Benz is urgently recalling 290,000 SUVs due to a brake problem in the US

Ford is recalling nearly 65,000 Mavericks over the side curtain airbag.