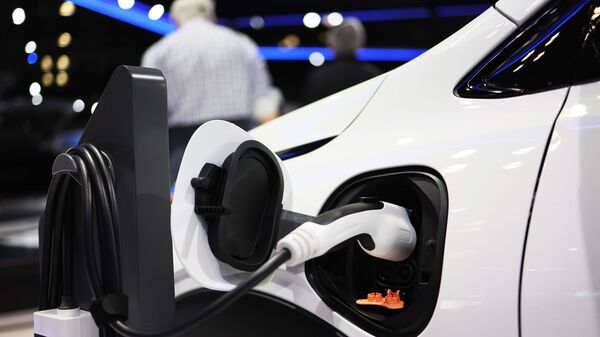 Toyota Motor Corp. plans to manufacture electric vehicle components (EVs) in India to meet demand in both domestic and overseas markets, making the country a hub for parts production for EVs. The company is looking forward to shipping parts for EV from India to Japan and some ASEAN countries. The car manufacturer will start with the production of electronic drives or electric transmission parts used in various types of electric vehicles, such as cordless EVs, plug-in hybrids and other hybrid models.

Earlier this week, the company announced it would invest 48 billion rupees ($ 621 million) in India to localize the supply chain for EVs, which is also part of its broader carbon neutrality target by 2050. “The drive is to make India a manufacturing hub for cleaner technology. We are talking about building blocks, ”Vikram Gulati, executive vice president of Toyota Kirloskar Motor, told Reuters.

The company’s move coincides with the government’s offer of billions of dollars to companies as incentives to produce EVs and their parts locally. As for Toyota, the bulk of the investment in India will be made by Toyota Kirloskar Motor and Toyota Kirloskar Auto Parts (TKAP), a joint venture between Toyota Motor Corp., Aisin Seiki Co and Kirloskar Systems.

in India, Toyota more focused on launching primarily its hybrid models, which he said are better suited to the country’s goal of reducing dependence on fossil fuels and carbon emissions, and a way to get people to switch to electric vehicles without feeling concerned about distance.

Gulati said it would also meet the different needs of consumers and allow for a “faster transition to an electrified future”. Early establishment of the supply chain will help the company to become competitive in terms of volume and price in the country. The automaker expects this will allow the Indian car industry to move “faster and smoother” to electric vehicle technology, Gulati added.

Bandwidth increased again in May; prices are still rising

Amid the devastation of Hurricane Ian, a new study shows alarming flood risks for...

A deal on Cotopaxi jackets, huge savings on furniture and more