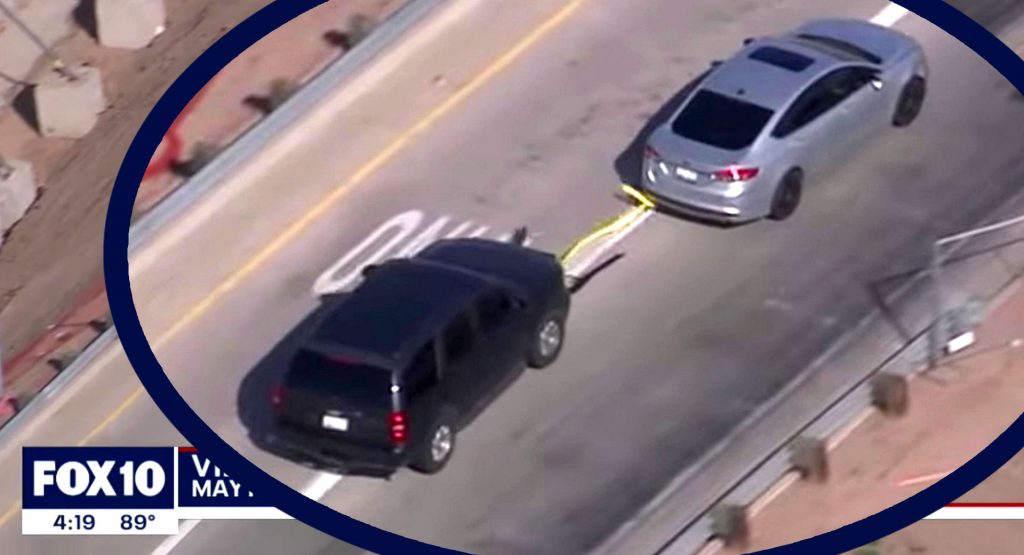 Once considered a comic book style gadget, it has now been used in several vehicle chases, including a recent one in Arizona. On Friday afternoon, April 29, police stopped the car.

The man behind the wheel of the stopped vehicle was Brendan Smith, a 30-year-old man who allegedly lost consciousness while driving his car, blocking the carriageway near Cave Creek and Valley Road north of Phoenix.

Police it is said that two vehicles were used to hem the vehicle during the investigation. They claim to have seen weapons and drugs in the car. Allegedly then Smith woke up and started ramming cars in front and behind.

Read also: The American firm wants to stop the police chase with a Laso-style grapple

This allowed the suspect to escape from the police cars that blocked him and leave the scene. Authorities say they did not chase him in a car, but sent a helicopter after him. Ground vehicles were eventually used to stop the driver and one equipped grapplermanaged to stop the car.

After the car was stopped, police say they used less lethal munitions and a K-9 unit to get the driver out of the car and detain him. Smith has been jailed in Maricopa County Jail and has been charged with a number of charges, including misconduct involving weapons, drug possession and illegal escape from law enforcement, although the investigation is ongoing.

The grapple is a device that is a bit like a two-toothed fork that comes out of the front of the vehicle with high-strength belts in between. The whole system is designed to be brought under the rear wheel a fleeing vehicle and the straps are designed to hook it and stop it.

The device was first used in the field on 11-4-2018 and manufacturer claims that it has been used 400 more times since then.

FleetPride is expanding its parts and service inventory in Utah

How to speed up the collection of payments

Tanak refuses to think about winning the WRC of Sardinia, which will end the...