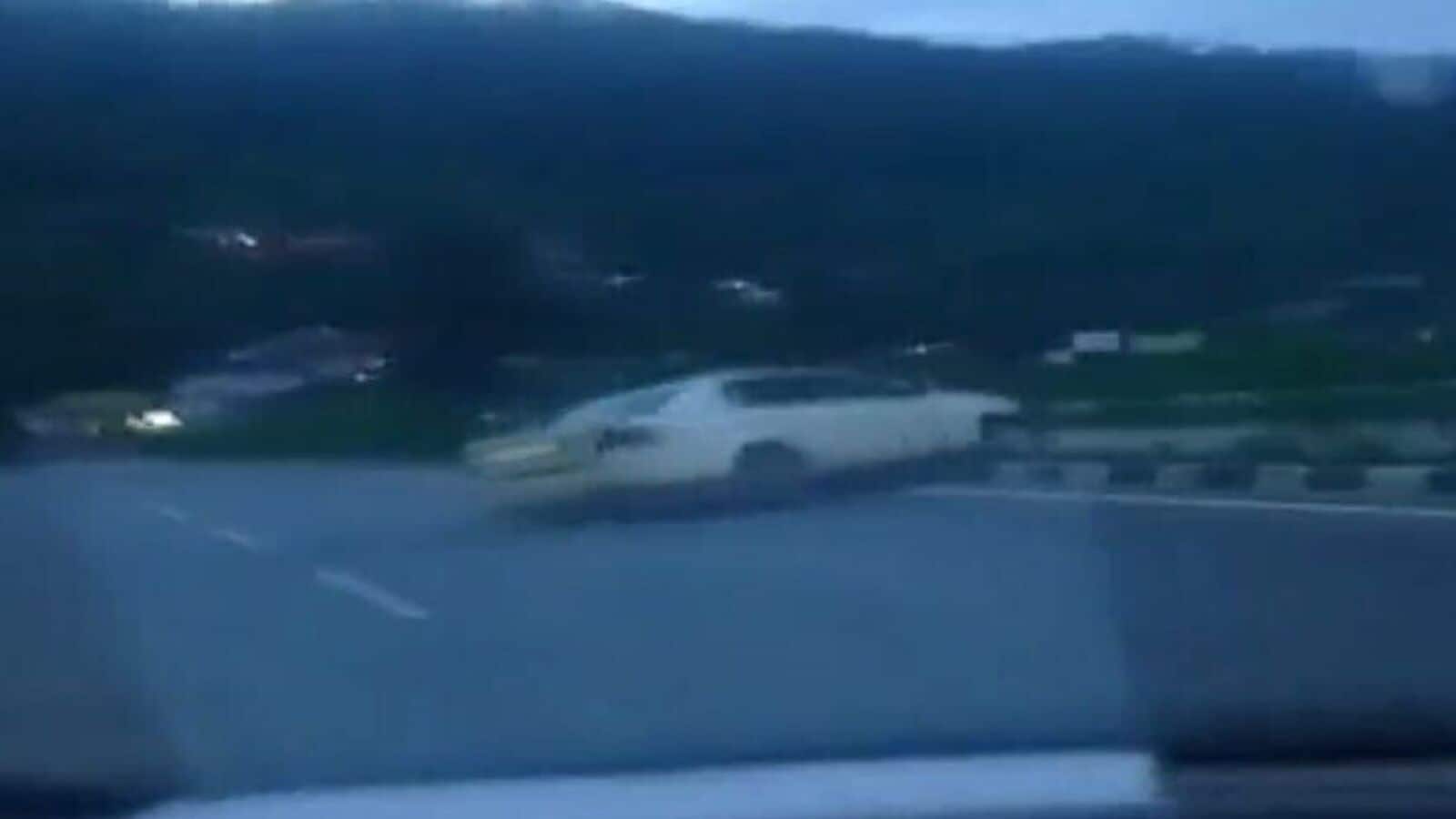 The incident took place on NH-5 near Solan in Himachal Pradesh.

Another video of reckless driving along with an attempt to perform a stunt on a national track has attracted the attention of netizens. However, the whole drama did not end well for the driver and passengers as the car collided with a divider, resulting in an accident and another pathetic example of why safe driving rules cannot be sacrificed.

The incident took place on NH-5 in Solan, Himachal Pradesh and the person who pulled the stunt is a resident of Amritsar. As a result of the collision, the vehicle was damaged, the driver is not in danger. A case has been registered under Section 279 of IPC at Dharampur police station, Solana police said.

(Read also | Watch: A helmet saved this rider’s head after being crushed under the wheels of a bus )

#WATCH | HP: A video that has gone viral shows a car jumping a divider and colliding with a guard rail on NH-5 at Solan; a resident of Amritsar tried to perform stunts while driving. The car is damaged, but the driver is safe. Case registered u/s 279 IPC at Dharampur PS: Solana Police (25.07.) pic.twitter.com/o5ajWRJuiG

In the video, a person can be seen speeding on NH-5 with the front door open. After several reckless turns, the driver of the white car lost control and crashed into the divider on the second lane of the national highway. The car narrowly avoided hitting the cars in the other lane.

The video clip received many comments criticizing the driver’s behavior on the track of national importance. One social media user said that because of these actions and drivers, other drivers on the road suffer and also die when these actions end in a serious accident. While many condemned the driver for the act, one said the man was trying to be Vin Diesel’s character from The Fast and the Furious.

Mercedes-Benz presents its electric truck with the longest range: the eActros LongHaul