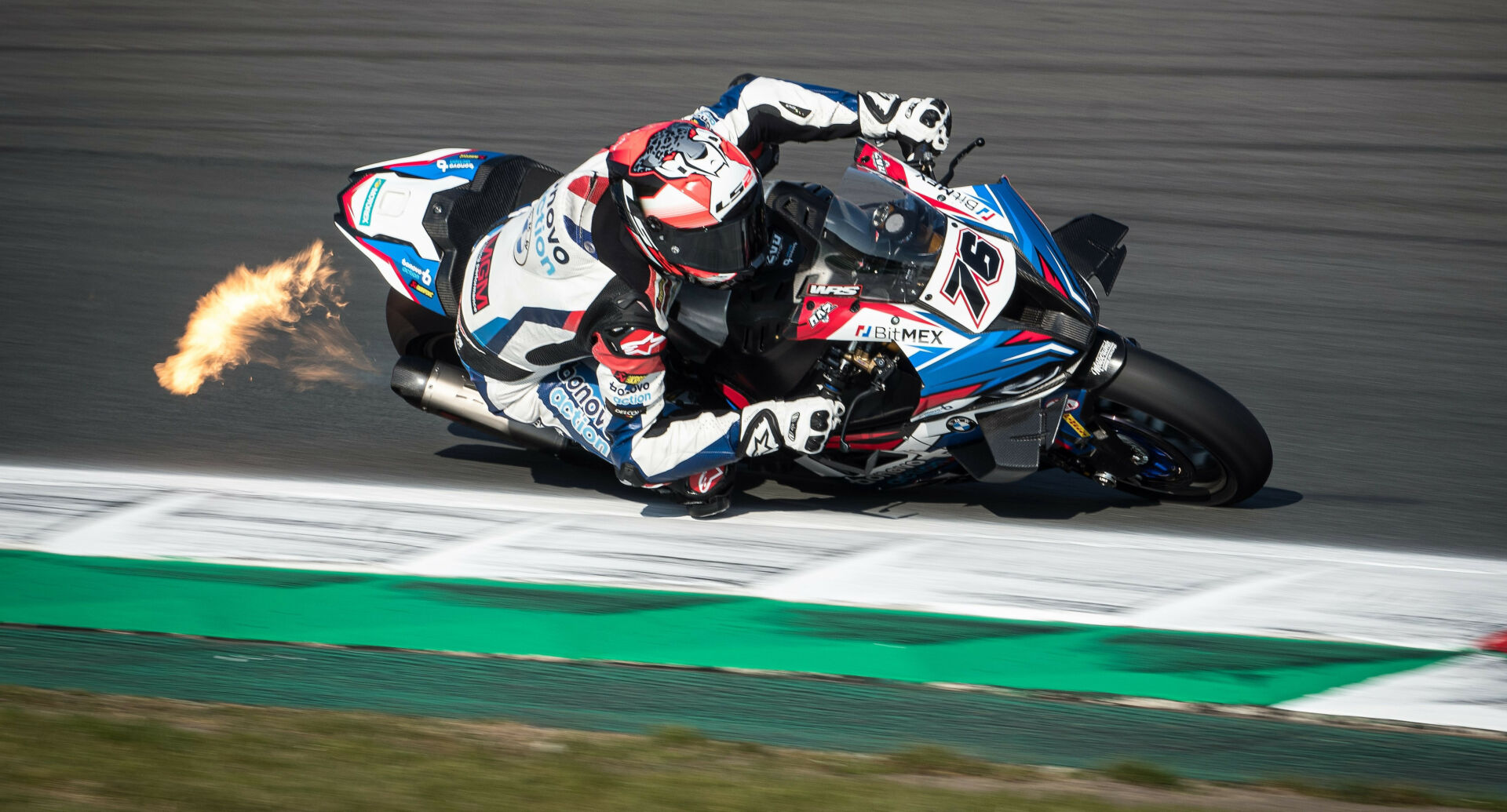 Loris Baz will race for the Bonovo action BMW Racing Team as a BMW Motorrad WorldSBK factory rider also in 2023.

The Frenchman will start for the Bonovo action BMW Racing Team, as he did this season.

Mark Bongers: “With his experience, ability and personality, Loris adds a lot to the action-packed Bonovo BMW Racing Team and to our entire WorldSBK project.”

Munich. Loris Baz (FRA) will remain part of the BMW Motorrad Motorsport family in 2023 and will once again compete in the FIM World Superbike Championship (WorldSBK) as a BMW Motorrad factory rider. Next year will be his second season with the Bonovo racing team. Cooperation has been expanded accordingly. American Garrett Gerloff will be Baz’s new partner.

The 29-year-old Frenchman and the Bonovo action BMW Racing Team have worked well together since the start of this season, their first together, and have enjoyed success. They have already achieved their goal of finishing in the top ten more than once. Baz was also in contention for the podium at his home stage in Magny-Cours (France).

“Loris is an important part of our BMW family of factory drivers and we are delighted to have him back with the Bonovo Racing Team in 2023,” said BMW Motorrad Motorsport Director Mark Bongers. “You could tell from the first words that there was a good relationship between him, the team and his fellow drivers at the factory. With his experience, ability and personality, Loris adds a lot to the action of BMW Racing Team Bonovo and to our entire WorldSBK project. The great news is that this impressive collaboration will continue next season. We are confident that we will continue to move forward together.”

Jürgen Roeder, owner of the Bonovo action BMW Racing Team, said: “I am very happy that Loris is staying with us. We are very happy about this and I believe that Loris Baz and his team-mate Gareth Gerloff will form an incredibly strong duo next year when we can hopefully make a big push with BMW. In terms of riding, we have a great squad and the team at the back will also remain the same for next year. So in 2023 we will have a well-practiced team that has done a great job this year. Also, I will have Loris, Garrett and Eugene Laverty as my riding coach. Yevgeny gets along great with both riders, so I think the collaboration will be great in that regard as well. It encourages me to look very positively into the future.”

“I am very happy to be driving for BMW and the Bonovo action BMW Racing Team again next year,” – said Baz. “I never doubted that I would. When I joined the project, the intention was to be involved for the long term and improve every year. I feel very good in the team and BMW is working harder than anyone else to achieve the goal we all have. I’m also glad to have a good guy like Garrett as my teammate. I also have a very good relationship with Eugene, and it is very important for the team that we feel like one family. I’m sure it will be the same with Garrett. The aim now is to finish 2022 successfully and enter the 2023 season with a good base. Thanks to everyone at BMW, Jürgen Roeder and Michael Galinski for the faith they have placed in me.”

Chase Elliott “made a couple of mistakes” in Road America loss

The best dog beds for every dog

Channel your inner child with this 1972 Fiat 500 Jolly